Tips You Should Know About Taking Taxis in Bangkok

When you arrive in Bangkok one of the first things that you will notice is that this bustling metropolis is teeming with taxi cabs. Bangkok taxis come in a range of bright colours including green, blue, pink and orange and there are dozens of them on every street, ferrying locals and tourists alike through the busy city.

Taking a taxi in Bangkok can be the best way to get from point A to point B, but it is important to know what you are doing. It's easy for foreigners in Bangkok to overpay for taxis, so here are some important tips that you should know about taking taxis. 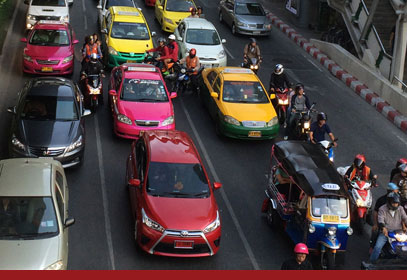 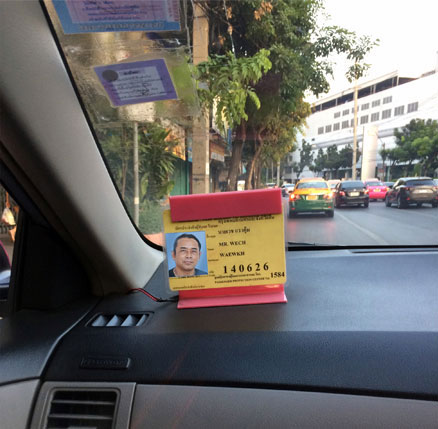 You might think that 1,000 baht to get to the airport is a good deal, because it is much cheaper than you would pay for a taxi back home. However, it should only cost around 450 baht maximum for this trip. Make sure that you are not comparing Thai prices with your home country. Even if it is cheaper, you still might be paying much more than the normal price for the service.

Taxi Drivers Should Always Use the Meter

When you hail a taxi in Bangkok, ask the driver immediately before getting in the vehicle if he will be using the meter. If he says no and tries to quote you a fixed price, step away and flag down another cab. It is against the law for taxi drivers not to use the meter, but they do it anyway to try to get higher rates from tourists. Don't be fooled into thinking that they are giving you a better deal by offering you a fixed price – it will always be higher.

I was often quoted a fixed rate of 250-300 baht for a taxi ride from Khao San Road to MBK. I knew that on the meter the price for such a trip should be around 75-100 baht, maximum. Make sure that you choose a taxi driver who plays by the rules, even if it means you have to stop a few taxis until you find one.

When you pay whatever the driver asks for it will raise the cost of living in the city and make things more difficult for the locals. Why would they pick up a Thai person when a farang (foreigner) will pay nearly twice as much?

Write Down Your Hotel Name in Thai

Many of the taxi drivers in Bangkok don't speak a lot of English beyond a few basic words, so it is a good idea to ask your receptionist to write down the name of your hotel in Thai. That way you will be able to show it to your taxi driver so that there is no confusion when you get in.

Be aware of the fact that there are a few extra charges that might show up when you are taking a taxi, so don't automatically assume that the taxi driver is attempting to scam you. For example, the minimum starting fare is 35 baht and if you are taking a taxi from the airport there will be a surcharge of 50 baht. Also, when travelling from the airport you will have to pay the toll for the express-way – which is 45 baht and 25 baht.

Be Wary of a Taxi Driver Offering a Tour of Bangkok

During your stay in Bangkok a taxi driver might offer to take you on a tour of the city, driving you around to different temples for a very cheap price. This might sound like a good deal and a great way to see the city, but be wary. The driver might take you to a few temples, but they will also take you to a clothing shop or a jewellery store that their friend just happens to own. You will be pressured into buying gems and other items by pushy salespeople and these "gems" are pretty much worthless pieces of cut glass.

You will be pressured into buying gems and other items by pushy salespeople and these "gems" are pretty much worthless pieces of cut glass.

The taxi driver will receive a commission if you buy something, which is why he was so eager to offer you his "tour" in the
first place.

Taking a taxi in Bangkok can be the best way to get from point A to point B, but it is important to know what you are doing. It's easy for foreigners in Bangkok to overpay for taxis, so here are some important tips that you should know about taking taxis. 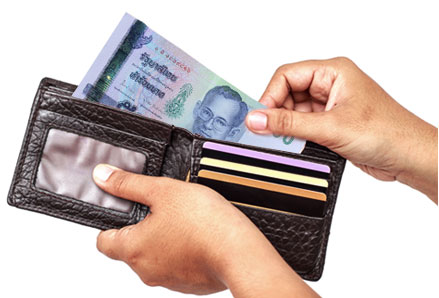