Where to eat in Bangkok?

Food in Bangkok is intrinsic to its culture and its people, and for many travellers is one of the most compelling reasons to visit. The locals eat 24 hours a day, with a mecca of choice from exotic street food to celebrity-owned and world-renowned restaurants.

As a tourist, it’s worth sampling as much as possible - no matter the price. Every eatery has a story and you’ll rarely experience the same dish twice.

Thai food - in its widest classification - is audacious, crisp and simply delicious; fresh ingredients, subtle spices, fiery peppers and an exquisite use of vegetables that win over the most green-of-phobics every time.

To help even the most discerning of travellers, we have broadly categorised the different types of eateries available in Bangkok to provide you with a little more insight before you let your tastebuds loose on the magical, culinary streets of this
primate city.

Let’s start with the nitty gritty, fun stuff: Bangkok is renowned for its street food scene, especially the Thonglor Night Market, which we will talk about in more detail later.

With a lavish amount of stalls littering the streets, you may feel slightly intimidated at first glance. However, if you are able to fully immerse yourself into the Thai way and celebrate this style of ‘dining’ then you will be sure to find comfort, convenience and pure deliciousness - just like the locals.

Wherever you go in the city, you will not be far from a food stall. Most street vendors operate in groups, are open 24/7, and offer an array of famous noodle and rice dishes, amongst others.

We can’t talk about street food without mentioning the notorious fried insects; a Thai delicacy and past time that often appears on the bucket list of those more
daring travelers.

With such interest, many locals have started charging tourists for the privilege of taking a photo of their culinary wares. If you’re not going to try a tasty chap then they’ve got to make their money somehow! 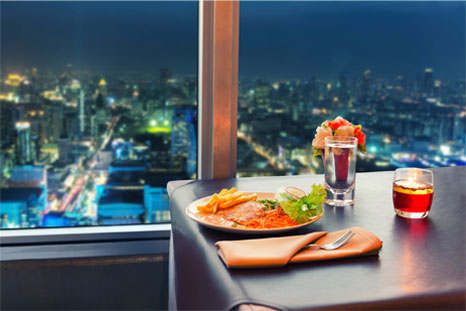 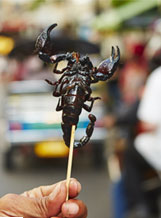 And you won’t just find one type of crispy insect, but an entire array of finger food including crickets, bamboo worms, scorpions and even ants: only for the brave. 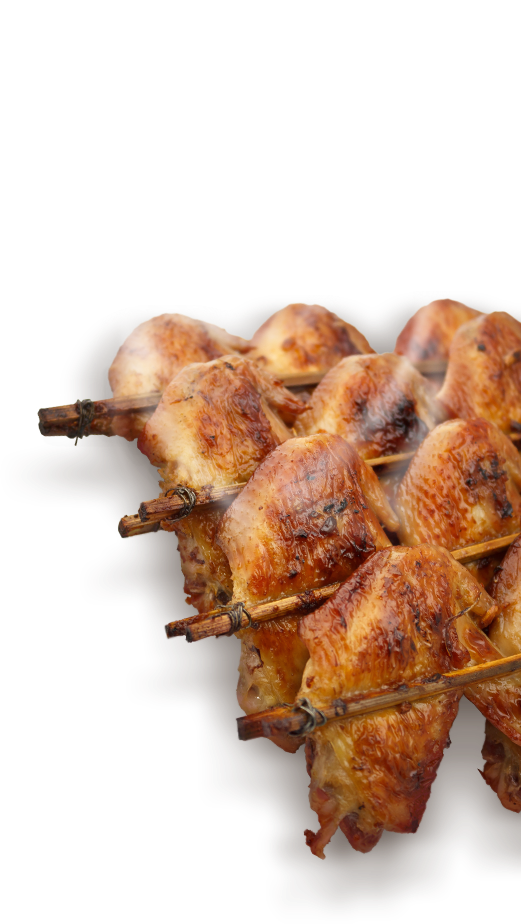 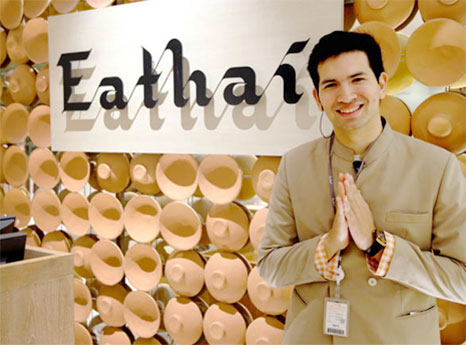 From five-star French chefs and their quirky, timeless bistros to the original Thai entrepreneurs with their lesser-known, but 100% authentic recipes straight from the history books - there really is a restaurant experience for everyone.

Over the last several years, Bangkok has also seen a rise in celebrity chefs and michelin star restaurants joining their foodie’s paradise. Of course, it makes sense that they would want to be a part of the excitement and entertainment; adding a new, uplifting, upmarket element to the mix.

Included in the hustle and bustle, cosmopolitan feel of the city; is a real sense of luxury dining.

Including shopping malls in this overview may seem slightly odd, but the malls in Bangkok are in a league of their own and you will definitely welcome the pristine, air conditioned sanctuaries these venues have to offer.

All of the famous shopping malls are equipped with enormous food halls and a plethora of tantalising foodie options, from intrinsically Asian to recognisably Western.

The malls really are
amazing and you ought to
put aside at least a day of your trip to experience
just one of these
spellbinding shopper’s retreats to its fullest. 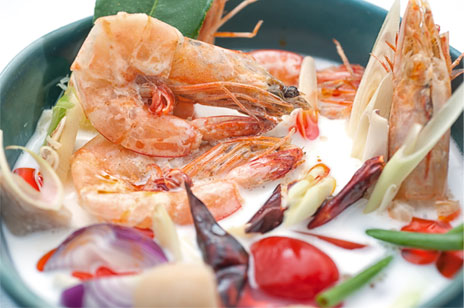 Whilst definitely not quintessentially Thai - by any stretch of the imagination - tea rooms or tea salons, as often referred to, are the new and most popular ‘to-be-seen-at’ dining venues in Bangkok.

Perhaps this may feel a bit ‘too British’ for some, but what it does emphasise is this sense that Bangkok is fast becoming a highly desirable and fashionable super city; and certainly a sure fire, favourite travellers’ destination.

Whilst we have a whole designated area to our ‘top eatery picks in Bangkok’, it would be pretty detrimental to not mention the opulent Harrods Tea Room in Siam Paragon, even at this early stage. From the day it opened, Harrods Tea Room has attracted huge numbers of diners. A joint venture between Harrods and a Thai company, the 90-seat tea lounge boasts in excess of 50 entrees, main courses and high teas to cater to the Bangkok luxury market. This is a perfect venue to showcase East
meeting West. 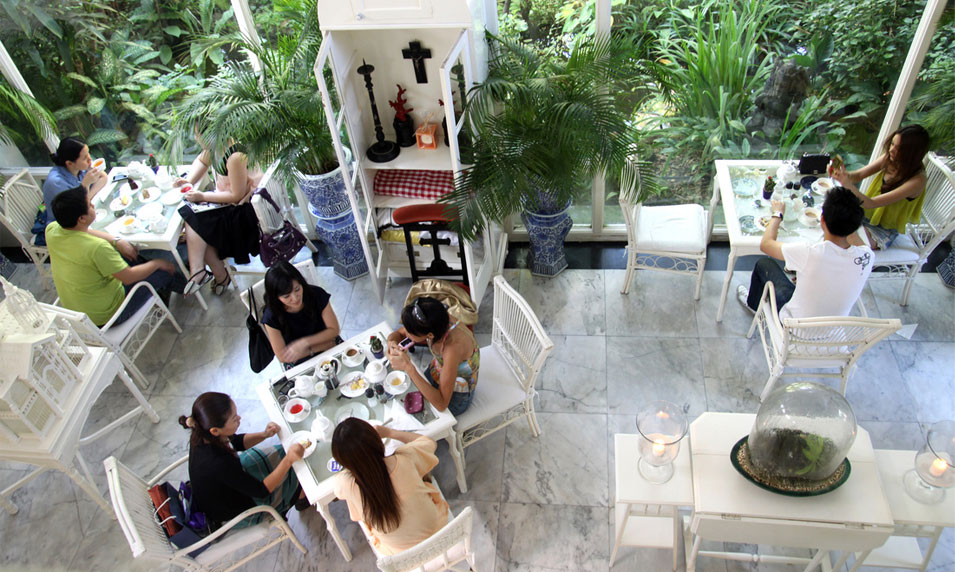 With a number of tea parlours to tickle your
taste buds, you’ll soon find yourself right at
home tucking into finger food aplenty;
bite-sized savouries, mini cake creations - all
washed down with an exquisite choice of
liquid tea.

The history and cultural influences inherent in Thai food:

The whole ethos behind each dish is creating a sense of harmony and unity. Whether hot and spicy or sweet and sour, Thai food always promises on its succulence and its innate freshness.

Traditionally, Thai cuisine was somewhat waterborne; utilising a number of aquatic animals, plants and herbs. It was all about living off the sea and making the best of rich, fresh, high fibered vegetables; about man being ‘at one’ with nature and leading an incredibly organic lifestyle. Flash cooking also means that most dishes retain their original flavours and healthy nutrients. 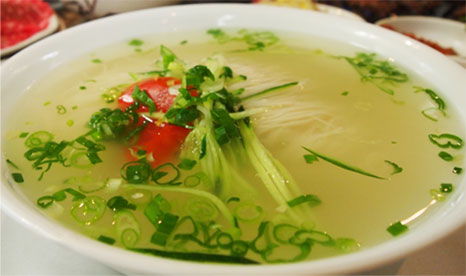 Original Thai cooking methods include flash cooking, i.e. stir frying, grilling over charcoal, or, in stark contrast, stewing and baking. Furthermore, as a result of being positioned so closely to China, Chinese merchants brought with them spices
and flavour.

Thai food is very much a product of a strong Buddhist cultural background, hence the whole emphasis on organic and pure ingredients. Vegetables and fruit take precedence, whilst meat is almost complementary, an accompaniment - this is why you rarely see large cuts on the menu. 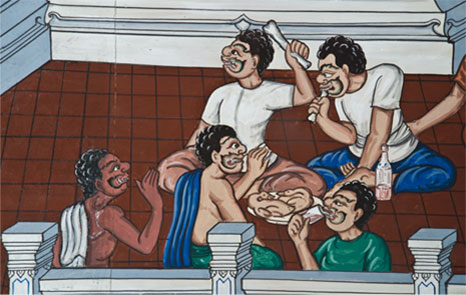 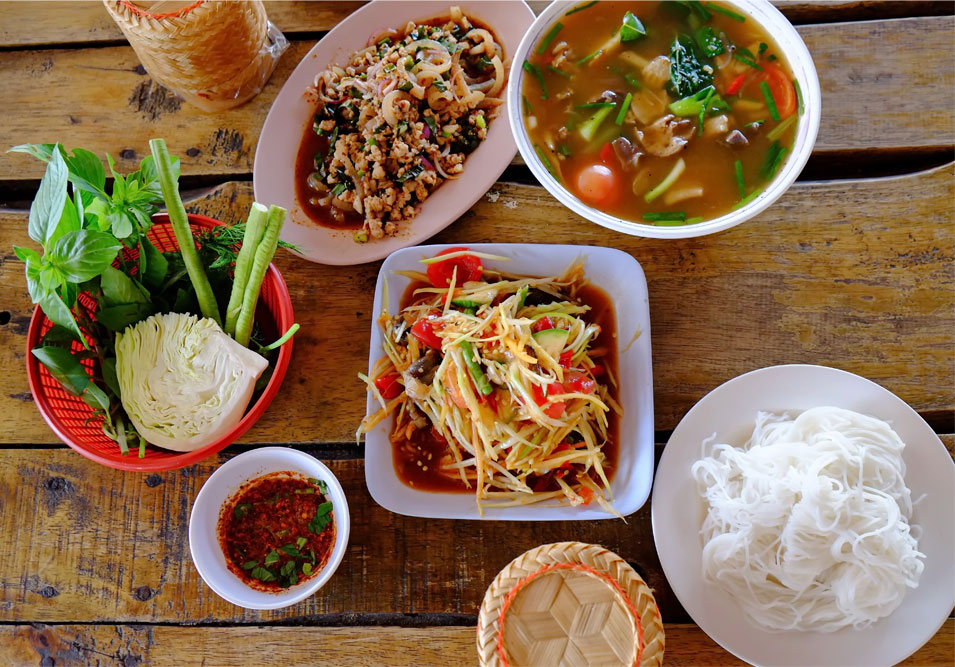 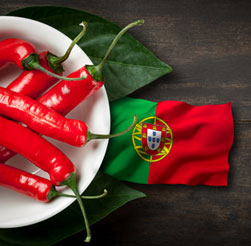 One of the Thai’s favourite ingredients, Chilli, was introduced into Thai cooking in the late sixteenth century by Portuguese missionaries; now it is one of the most distinctive flavours to many Thai recipes. 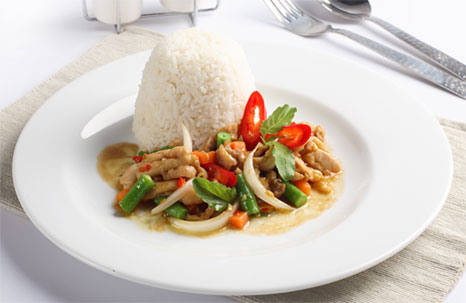 Thai cuisine is revered so much because of its unique
flavours, born from its unusual combination of old
Eastern recipes and recent Western influences.